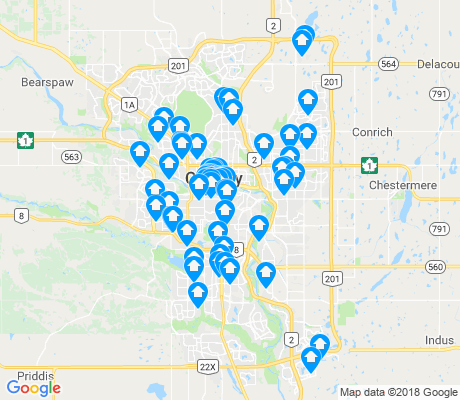 Calgary is the 13th most walkable large city in Canada with 1,096,833 residents.

Calgary has good public transportation and is somewhat bikeable.

Calgary is a Car-Dependent city 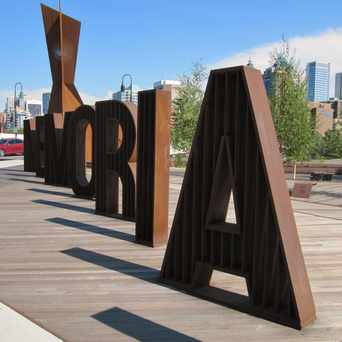 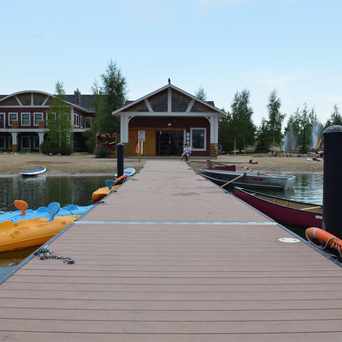 Most errands require a car in Calgary.

Calgary is the 13th most walkable large city in Canada with a Walk Score of 39.

View all Calgary apartments on a map.

Search for homes in Calgary or find a Calgary real estate agent who knows walkable neighborhoods. Links will open on our partner site Redfin.com.

This is the great commercial area in McKenzie. Fantastic selection of restaurants, coffee shops and services. An a small town, square feel in a suburban area.

Many nearby public transportation options. Find Calgary apartments for rent near public transit.

Calgary has good public transportation and about 167 bus and 2 light rail lines.

The map above shows how far you can travel in 30 minutes from Calgary on public transit.

Thinking of renting an apartment or buying in Calgary? Ask our neighborhood guides a question. 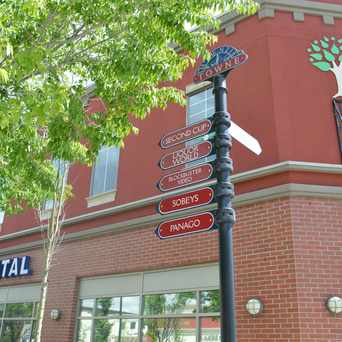 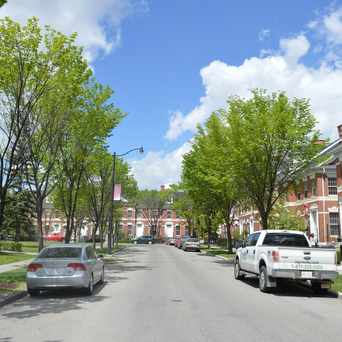 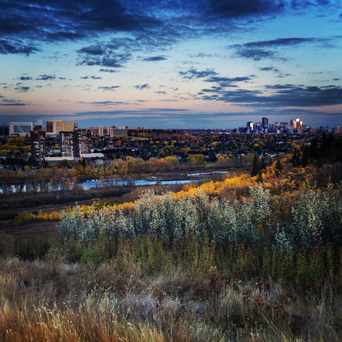 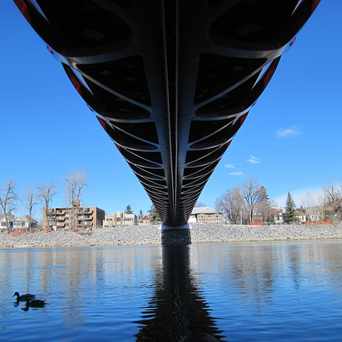 Calgary sits on where the Bow River meets the Elbow River on the plains of Alberta. To the West, the land tilts upwards into the Canadian Rockies, to the East, the plains reach out into open space for about as far as the eye can see. The sky is big here, and Calgary is the big city in the middle of it.

The Stampede is Calgary’s best known event, a ten day rodeo with loads of events related to it – a massive parade, live music, and lots and lots of cowboys. The Stampede started in 1912 and it’s been happening ever since, bringing over a million people to town every June to celebrate the region’s history and ties to cowboy culture, but it’s also a great party.

Calgary’s economy has been closely tied with the oil and gas industry for years. EnCana, North America’s largest natural gas company is in Calgary – and they have the tallest building in town. Oil and natural gas jobs still comprise a huge percentage of the work here; Worley Parsons, Baker Hughes, and Canada Natural all have major operations out of Calgary. Shaw Communications is the big employer in the telecom sector here, and Safeway Canada has their head office in Calgary.

Since it’s only a two hour drive to Banff, a beautiful resort town in the heart of the Rockies, tourism sector jobs are growing in Calgary, too. The city has some of the lowest unemployment in the country, it’s a worker’s market.

The weather in Calgary is quite pleasant – while there is snow in the winters, the city doesn’t typically get the bitter cold of other prairie locations and thanks to the elevation and proximity to the Rockies, the heat of the summer is moderated by cooler evenings.

The arts and culture scene in Calgary isn’t just about cowboys – there’s the brand new Science Center, the Aero Space Museum, the Museum of Contemporary Art, and Canada’s Sports Hall of Fame. There are dozens of performing arts and theater venues, and while Calgary’s food scene has plenty of the Western steakhouse establishments you’d expect, it’s also got a farmer’s market that sells local produce and new restaurants are popping up all over. 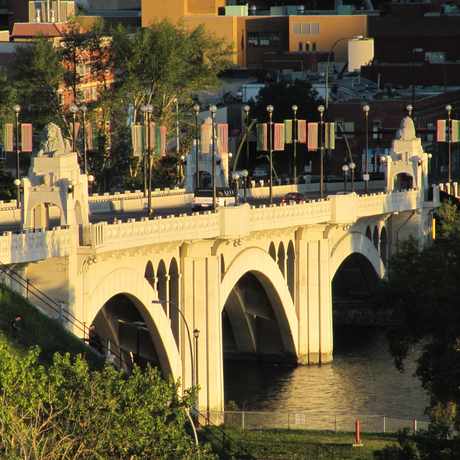 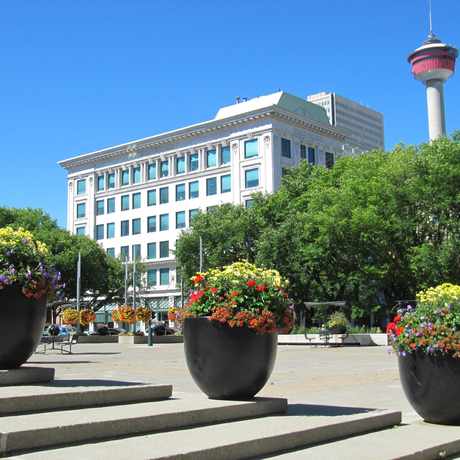 While it’s possible to find housing in a walkable neighborhood, on the whole Calgary is more car-friendly than walk- and bike- friendly.

City transit is either by bus or via the C-Train, the light rail line operated by Calgary Transit. Fun fact? The C-Train claims all its power comes from emissions free wind generated electricity. Downtown is a free ride zone for the light rail, but the three route network reaches Somerset to the south, Saddle Ridge to the northeast (near the airport) and Silver Springs/Ranchlands to the northwest.

The rest of the city is served by Calgary Transit’s extensive network of buses.

Calgary topography is bike friendly. Downtown has 6.5 km of cycle tracks in addition to an extensive pathway system, and the city is piloting a bike share program.

The beautiful street lined with brownstones on Promenade Way.

Downtown Calgary is one of the most walkable locations in the city. You’ll be close to the light rail lines and transit, and if you’re working downtown and don’t want to commute, it’s a good choice. Most of the housing here is in high rise apartment buildings. Some have shared facilities, but the newer luxury condos have in-unit laundry and gourmet kitchens with new appliances. Downtown – East Village has great potential as a foodie destinations, new restaurants are opening with the redevelopment of this neighborhood.

Beltline – just a south of downtown – has lots of housing options and it’s still walking distance to the downtown transit corridor. There are some newer apartment building here with up to three bedroom units, some of them have great urban views. Shared fitness facilities are widely available – tennis courts, on-site gyms, outdoor swimming pools, and the neighborhood is full of pedestrian friendly shopping and dining corridors. There’s a mix of older row house style mixed use buildings – businesses at street level, apartments above – and brand new stylish condominiums. The neighborhood skews young and has the kind of coffee shops, indy boutiques, and new restaurants you’d expect in an up-and-coming area.

There are a handful of neighborhoods consistently ranked as better for families – Tuscany, Discovery Ridge, Arbour Lake, and Parkland.

These are suburban neighborhood and you’ll need to have a car to do most of your errands, but you’ll also find larger homes with garages and backyards and great schools. In city, Eau Clair along the south banks of the Bow River was ranked highest for family friendly amenities, and to the south, Erlton, a little neighborhood with lots of green spaces and parks, also ranked as a nice neighborhood for families.

Acadia is an urban village to the south of central Calgary, there are mix of small apartment complexes with studio, one and two bedroom rentals and some bigger three bedroom units in larger high-rise buildings. Acadia is close the Calgary Farmer’s Market, so there’s great shopping for locally grown food right in the neighborhood.

On the north side of the river, there’s Bridgeland/Riverside – it’s on the C-Train and it’s a neighborhood that’s experiencing urban renewal. You’ll find two and three bedroom townhomes for rent here, some of them two story properties with parking. It’s a nice place for playing outside, too – it’s got easy access to the Bow River pathway and Centenery Park on St. Patrick’s Island. 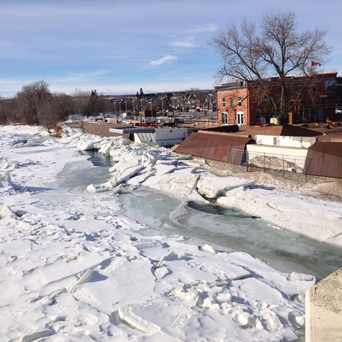 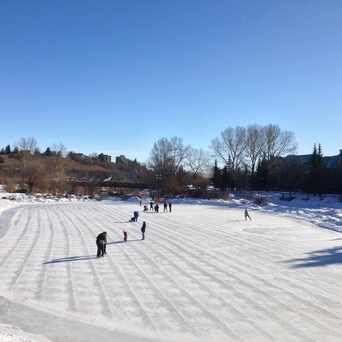 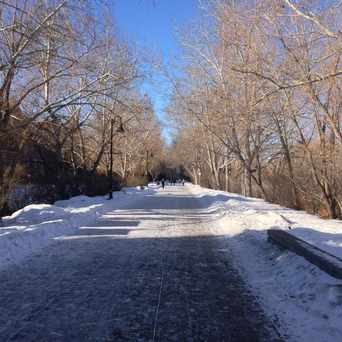 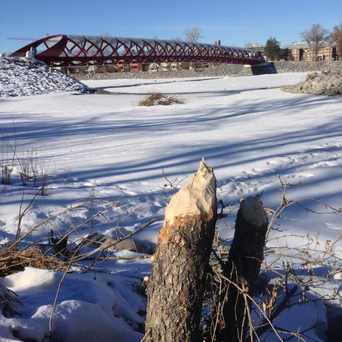 Sunset on the peace bridge in winter. Absolutely stunning. This bridge features walking and biking lanes separately. The views in the morning and evening are stunning. This is also a site for amazing fishing as the north side if the river at this point is very deep. In the summer you can see the fish from the bridge clearly. From one point, you might see up to 50 fish!

Calgary is Talking About... 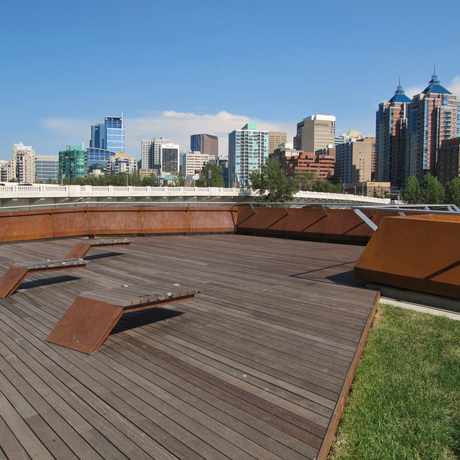 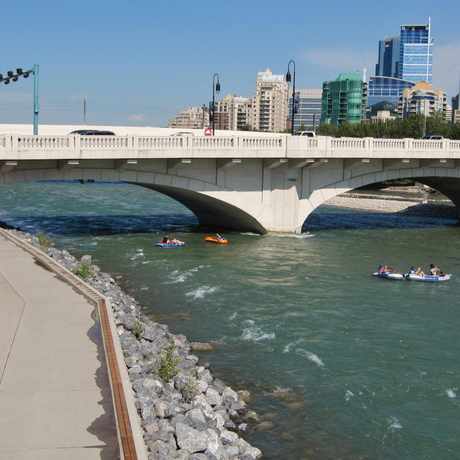 The ice on parts of the Bow River is rather spectacular. From the Louise bridge, you can see the new "Memorial" park structure meeting the river.