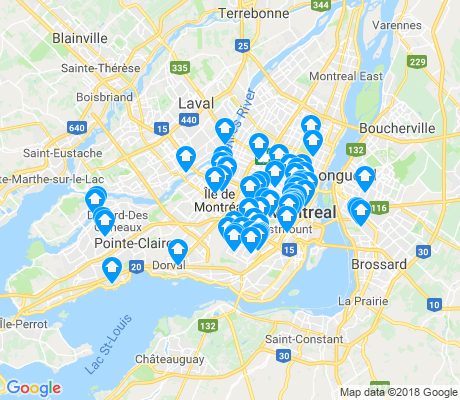 Beautiful Montréal, with its historic, distinctly European style architecture, its modern downtown, and its tree lined neighborhoods has long been a popular destination for tourists – there’s amazing food, a welcoming diversity – this bilingual city is home to English and French speakers – and a thriving technology economy.

Aerospace and pharmaceutical companies are some of the bigger employers in Montréal, but dozens of startups were hatched in Montréal. The city has extensive transit; STM (bus and subway) and the ATM (commuter rail) make it easy to get around without a car. Add bike sharing from BIXI and you’ve got a city that ranks as one of Canada’s most walkable places to live. 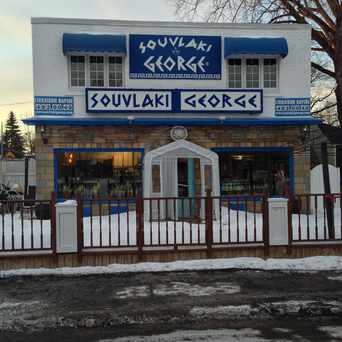 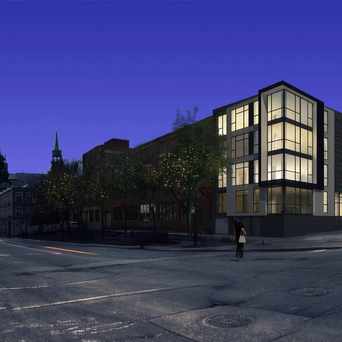 Montréal is the 2nd most walkable large city in Canada with 1,649,519 residents.

Montréal has good public transportation and is very bikeable.

View all Montréal apartments on a map.

There are about 3,930 restaurants, bars and coffee shops in Montréal.

People in Montréal can walk to an average of 5 restaurants, bars and coffee shops in 5 minutes.

Many nearby public transportation options. Find Montréal apartments for rent near public transit.

Montréal has good public transportation and about 234 bus, 4 rail and 4 subway lines.

The map above shows how far you can travel in 30 minutes from Montréal on public transit. 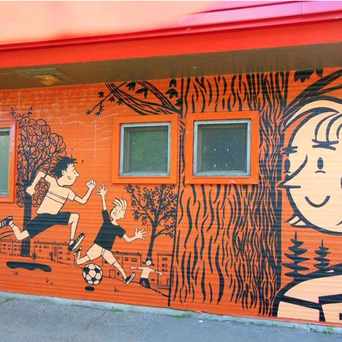 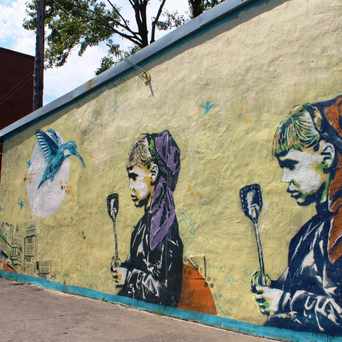 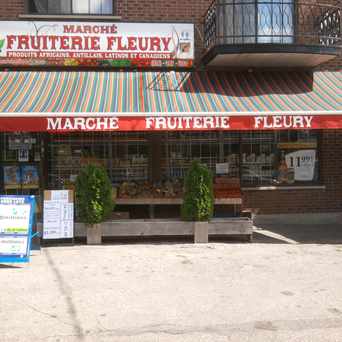 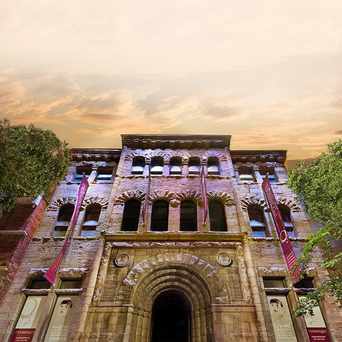 Beautiful Montréal is the second largest French speaking city in the world -- the first is Paris. The fact that a city in the heart of Canada, North America, does not have English as its first language speaks volumes about the kind of diversity the Montréal embodies. Montréal's French roots have created a city with a distinctly European style, but it’s a modern Canadian city too, home to a thriving tech economy that includes aerospace, software, financial services, telecom, and more. Bomadier – first a snow-cat company, now a commercial jet manufacturer – is Montréal based, as is Air Canada, Molson brewing, the National Bank of Canada, and world famous cultural giant Cirque de Soliel.

Montréal is a town of higher education; it’s got a larger student population than any city in North America (including Boston, south of the border in the US). The University of Montréal and the University of Quebec are here, and there are about two dozen other college level institutions.

Spring is Montréal's best time, when the weather is at its kindest, the summers are humid as in many Midwest and East coast cities.

Winters can be quite cold with snow and ice. There’s boating and fishing and all kinds of watersports on the St. Lawrence River and there are several urban beaches. Winter doesn’t put an end to playing outside – there’s plenty of good snowshoeing, cross country skiing and ice skating, plus, there’s an winter canoe race on the St. Lawrence for the bold. Mount Royal Park has a few alpine ski runs and lots of great trails that get summer and winter use. St. Helen’s Island is another large mixed used green space that hosts public events. Bell Stadium is home to the Canadienes, the city’s popular hockey team, and the Olympic Stadium hosts football (soccer), baseball and huge rock concerts.

Montréal has a lively arts and culture scene – it’s been called Canada’s “Cultural Capital.” The center of the arts scene is the Place des Arts where there are six concert and theater halls, but the city also has the Quartier Latin, a hub for movie lovers, gallery goers, foodies, students, and anyone seeking independent culture. 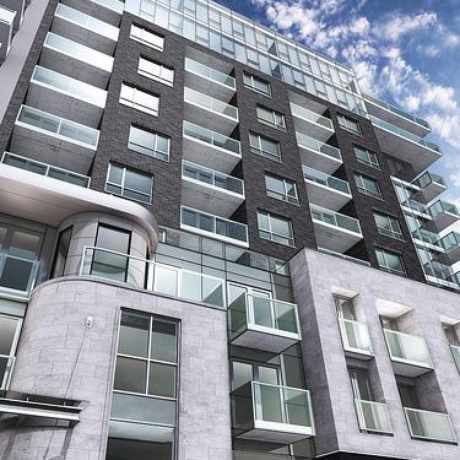 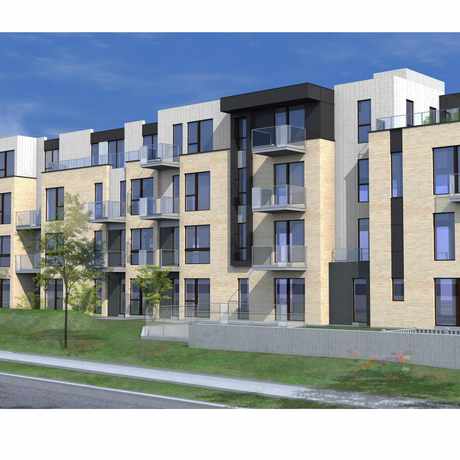 Montréal is accessed by a series of bridges that can only handle so much traffic, so if you can be without a car, this is a good place to do so. There’s a four line Metro system that serves the center of the city and some of the closer in suburbs. That’s supplemented by five AMT regional rail lines, park and ride lots and secure bike parking. Bike are allowed on the AMT lines, so a combined bike-train commute is a popular way to get in and out of central Montréal.

Express buses have dedicated lanes in some areas, making them a good alternative to driving. Some bus lines have bike racks on the bus, too.

Montréal is proud of their biking friendly facilities – they have 600 kilometers of regional bike routes and 400 bike share stations. If you’re prepared for the weather, cycling is a viable option year round. Montréal has several car-share programs too, so if you find you need a car for running errands from time to time; it’s easy to find a service near where you live. 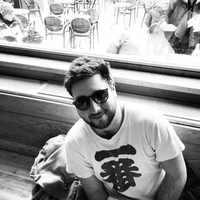 Public markets and events are held on the wide sidewalks along this stretch of Jean-Talon during the summer. Luckily there is ample space between the building facades and the sidewalk in which local business can host various events and even put up patios throughout the summer without hampering circulation or removing parking. This area was designed perfectly to allow life to be lived out on the street in the wide paved areas in front of the rows of buildings.

Ville-Marie is Montréal's downtown. Centrally located, bordered on one side by Mt. Royal Park and the other by the St. Lawrence River, Ville-Marie is the oldest part of the city. There are some gorgeous historic buildings here, but there are also modern high-rises that have luxury apartments with up to three bedrooms. Some of the older buildings have immaculate renovations that have left the style of Old Montréal intact while adding things like gourmet kitchens, in-unit laundry, and roof-top gardens. You’ll never be more than a five minute walk from public transportation here, be it subway, commuter or the bus.

Plateau Mont-Royal, on the northeast side of the park is also a very walkable neighborhood with lots of housing options, from studios to larger two and three bedroom apartments. This neighborhood is popular with students and artists, it’s got lots of funky boutiques, walkup brownstone style duplexes and triplexes, the kind of buildings that encourage hanging out on the front steps. There are classic old apartment buildings with one and two bedroom units that have hardwood floors and beautiful architectural details and new luxury condos with swimming pools and on-site gyms.

On the Northwest side of the city, there’s St. Laurent. It’s bordered by the Prairies River on one side. The AMT commuter has stops in this neighborhood, and it’s at the end of a subway line into downtown. The neighborhood runs from Chinatown to Little Italy, so you can expect great restaurants, but it’s also a nightlife destination. There are some lower rise, smaller apartment complexes here, some of them with attractive shared gardens and as many as four bedrooms.

Neighboring Ahuntsic-Cartierville also runs along the Prairies River and also has some of those smaller apartment complexes with up to three bedrooms, nice public gardens; there are some spacious units with hardwood floors and private balconies. This is a nice neighborhood for families; there are a lot of primary level schools here, and the Olympic facilities that were built for the 1976 games are open to the public. There are lots of green spaces here, and because this is one of Montréal's older neighborhoods, there’s an interesting mix of architectural style.

There are some outer suburbs – Greenfield Park and Longueuil to the east and Laval and Ste. Thérèse to the northwest that have commuter rail and subway service into downtown. They’re walkable communities, but you’re not cut off from the rest of the city. In Longueuil, there are new high rise complexes along the river with fantastic views, open floor plans, and there are beautiful green spaces along the waterfront. Ste. Thérèse, once primarily an industrial neighborhood, is evolving into a popular location for cross country skiers, cyclists, and hikers because of its proximity to nature. There are modern condos here along with some restored historic properties, and some of them are walking distance from the commuter rail that runs into Montréal proper.

Use Walk Score to find a studio or one bedroom apartment that’s mere minutes from a subway station. There are historic art deco style buildings with hardwood floors and updated kitchens and bathrooms, or modern luxury condos with big windows and views across the St. Lawrence River.

Single family homes are less common in the city, but there are two and three bedroom apartments with shared green spaces. Some apartment complexes have roof gardens, swimming pools and onsite gyms. Ville-Marie and Plateau Mont-Royal are two of the city’s most walkable neighborhoods, with lofts and condos that have up to five bedrooms. 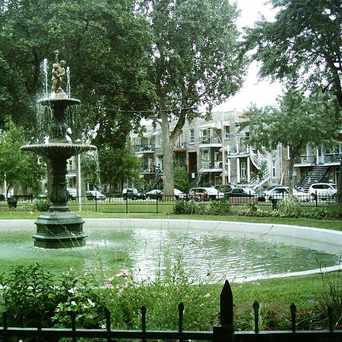 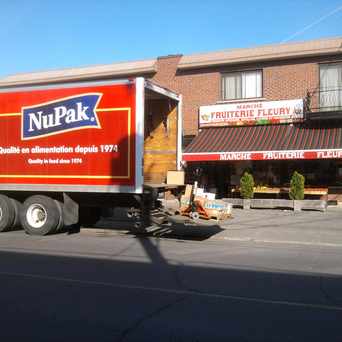 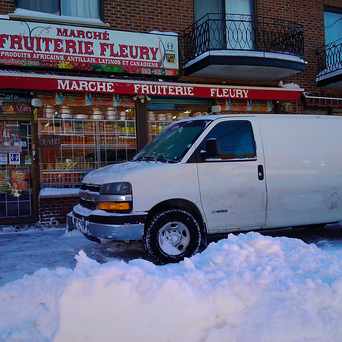 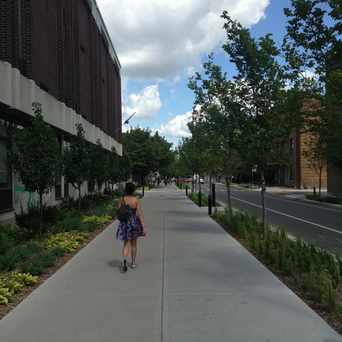 Montréal is Talking About... 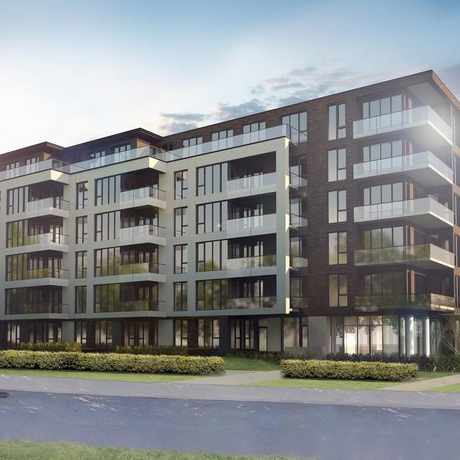 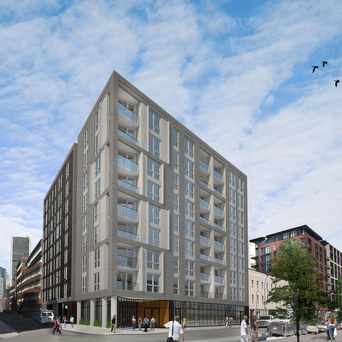 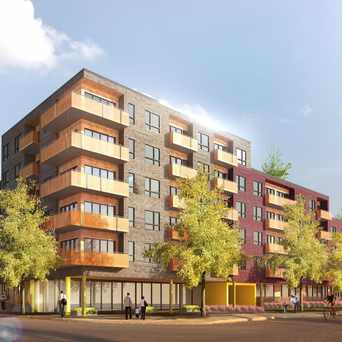